The motor stadium’s former control tower is now a piece of inte­ractive installation called Ombra, where you can perform,  spend time and that you can even play. The artwork combines performance, visual, architecture, light and sound arts with the control tower’s own architecture. Ombra brings functional urban space to Lincoln Square — events and competitions where participants can combine visuality, dance and sound will be organised around the artwork. Ombra is a different and unique experience every time. The piece expresses the area’s motor sports history, speed and motion.

The artwork comprises the tower’s architecture and the classic rim shaped glass canopy on top of the tower, a playable musical scale that is based on the sounds of a race car, the lighting of the tower, the restored ad at the base of the tower, groups of sculptures one can sit on, history based fragments, painting of the surface of the race circuit and the general look of the square.

Ombra is played with the help of motion detectors by moving the body. The base of the tower has 24 scale notes in bronze that the note based motion detectors are directed at. The notes are placed in groups of four as a sextet. The note that expresses the motion assembles the six sound groups into groups of their own. The motion detectors and speakers are on the levels of the tower. By combining different notes and movements, you can create your unique performance alone or in a group. The performance changes according to the location of the player and the listener. The soundscape of the tower is created from the sounds of race driver Leo Kinnunen’s racing car. 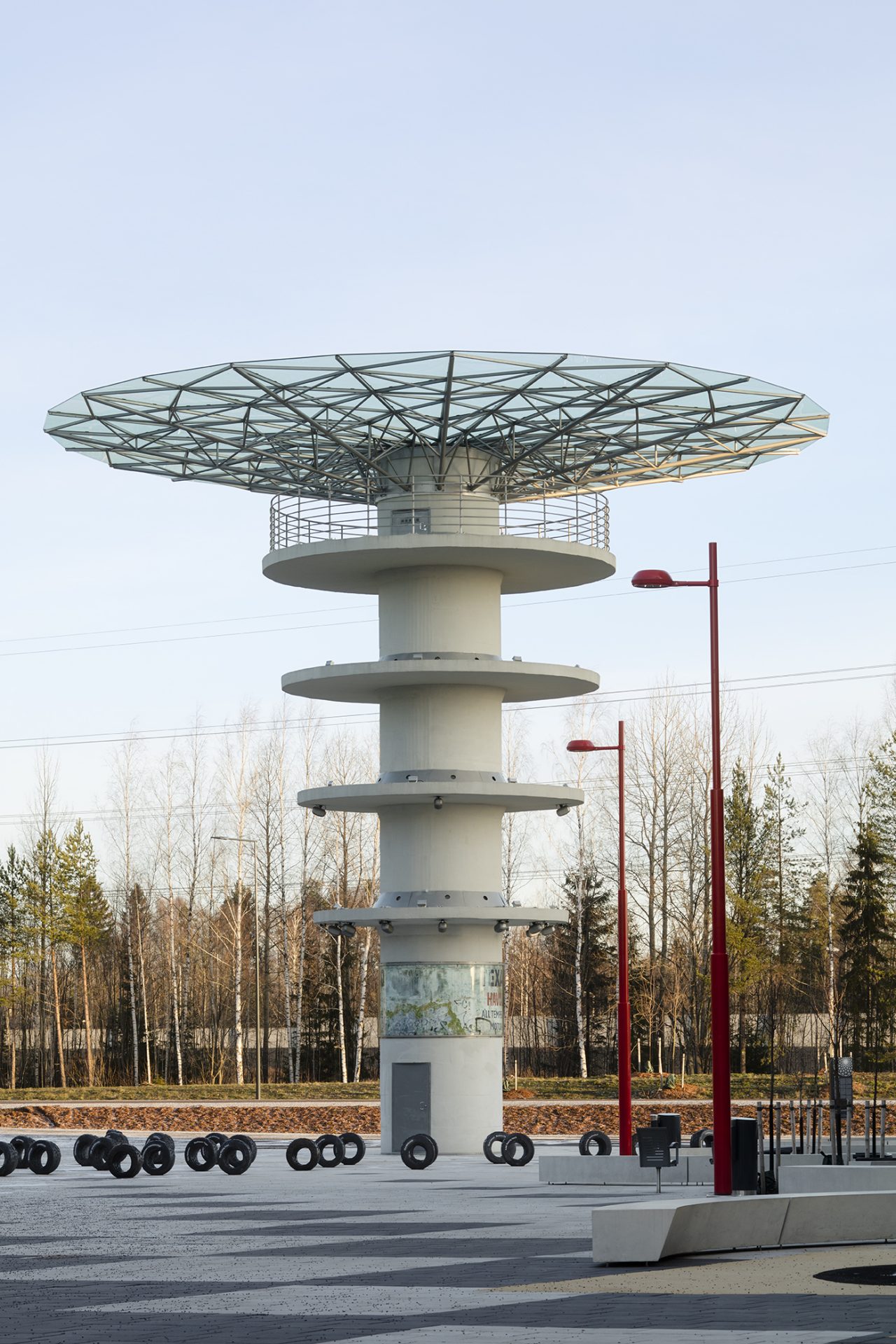 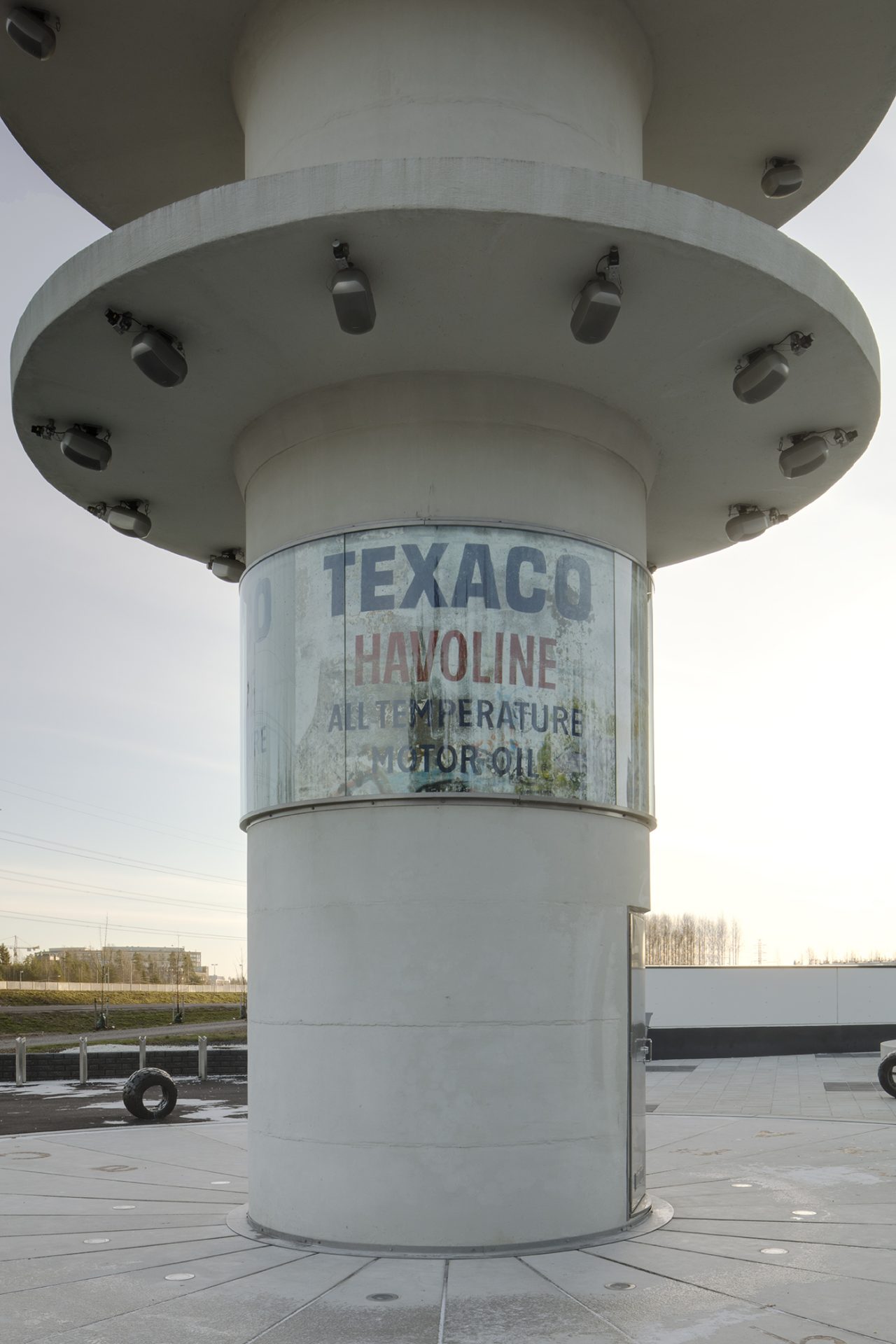 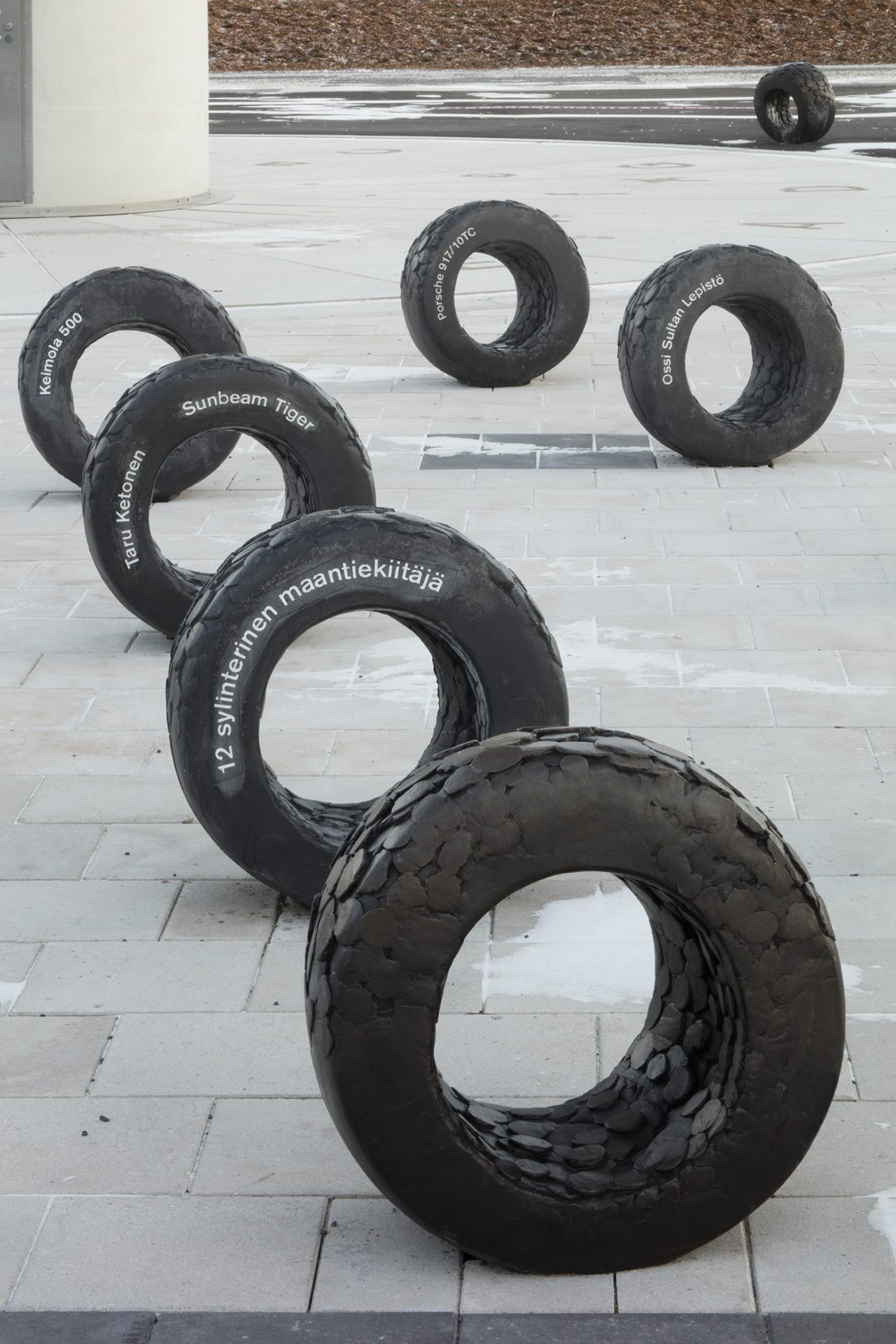 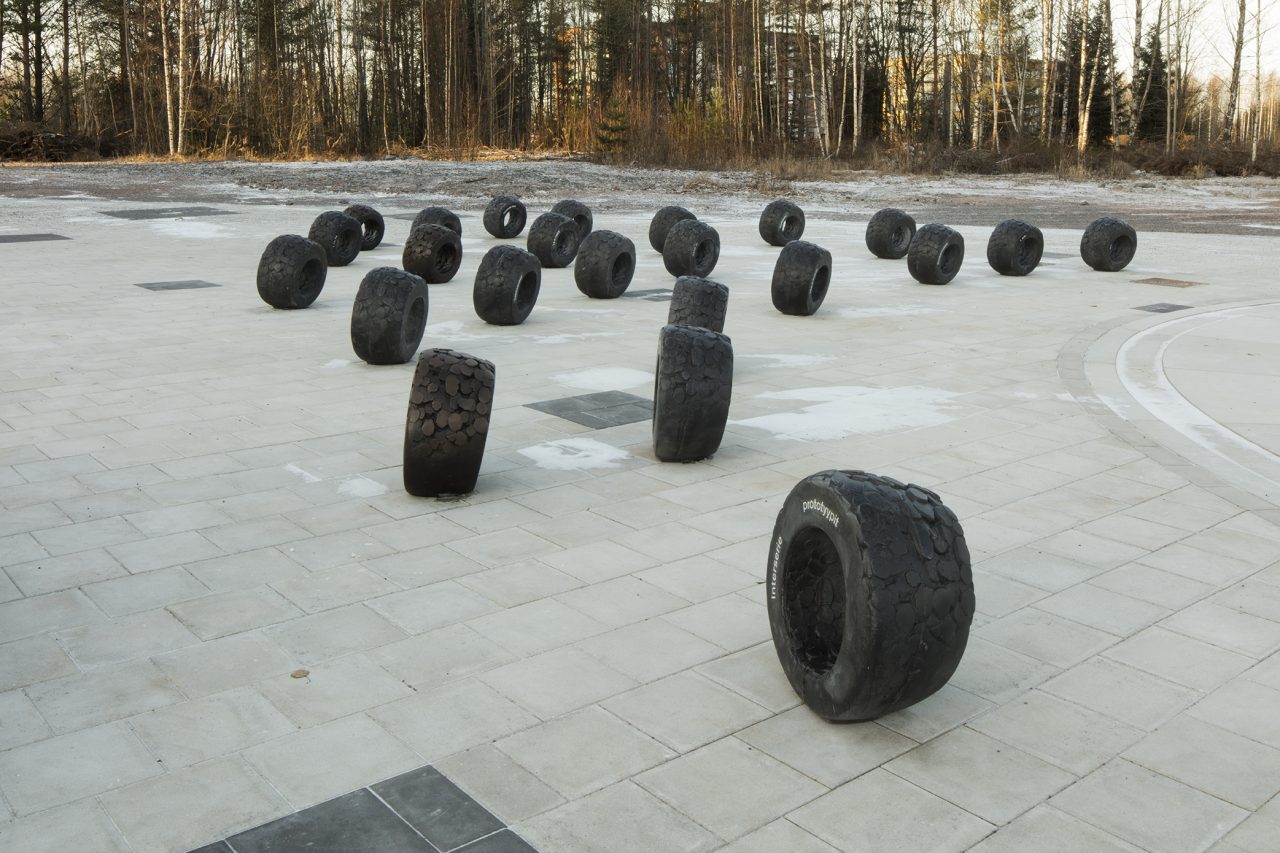 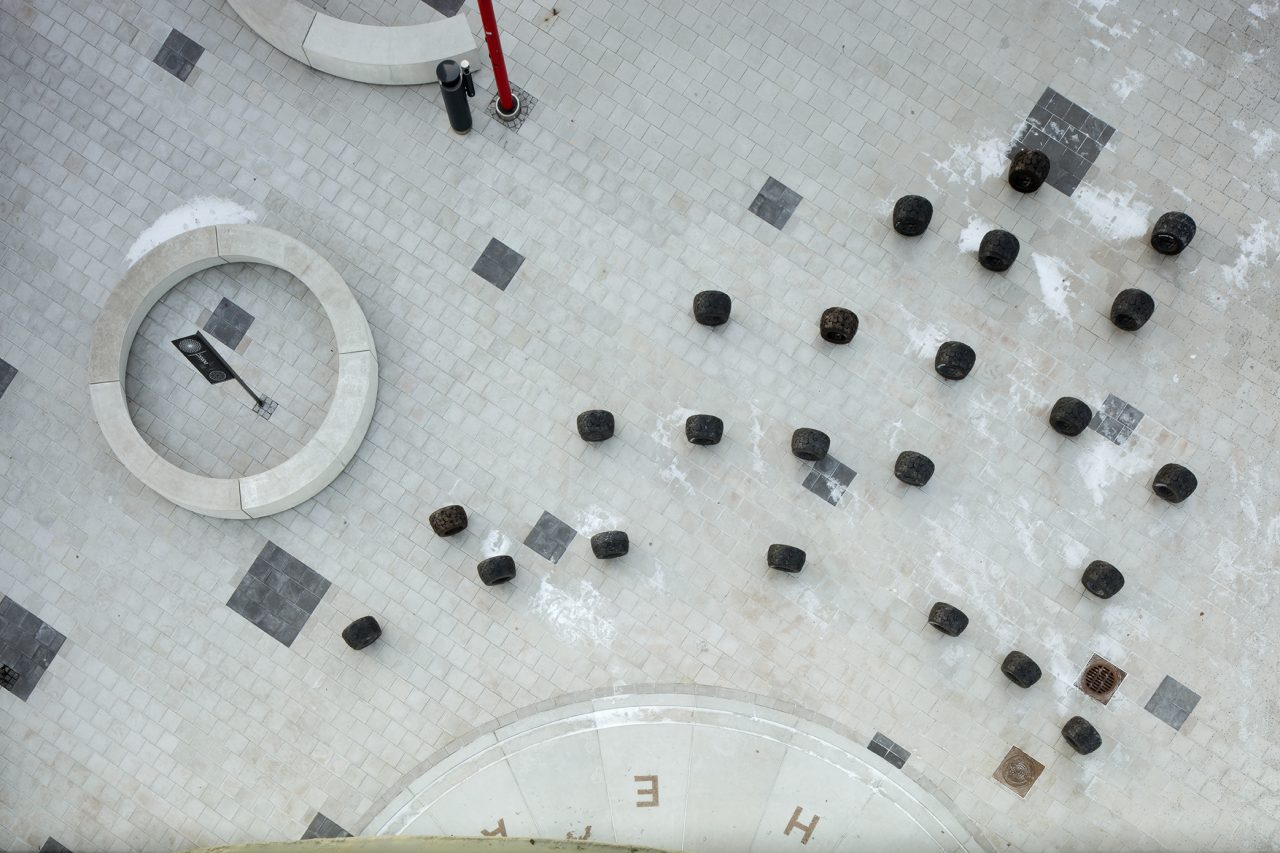 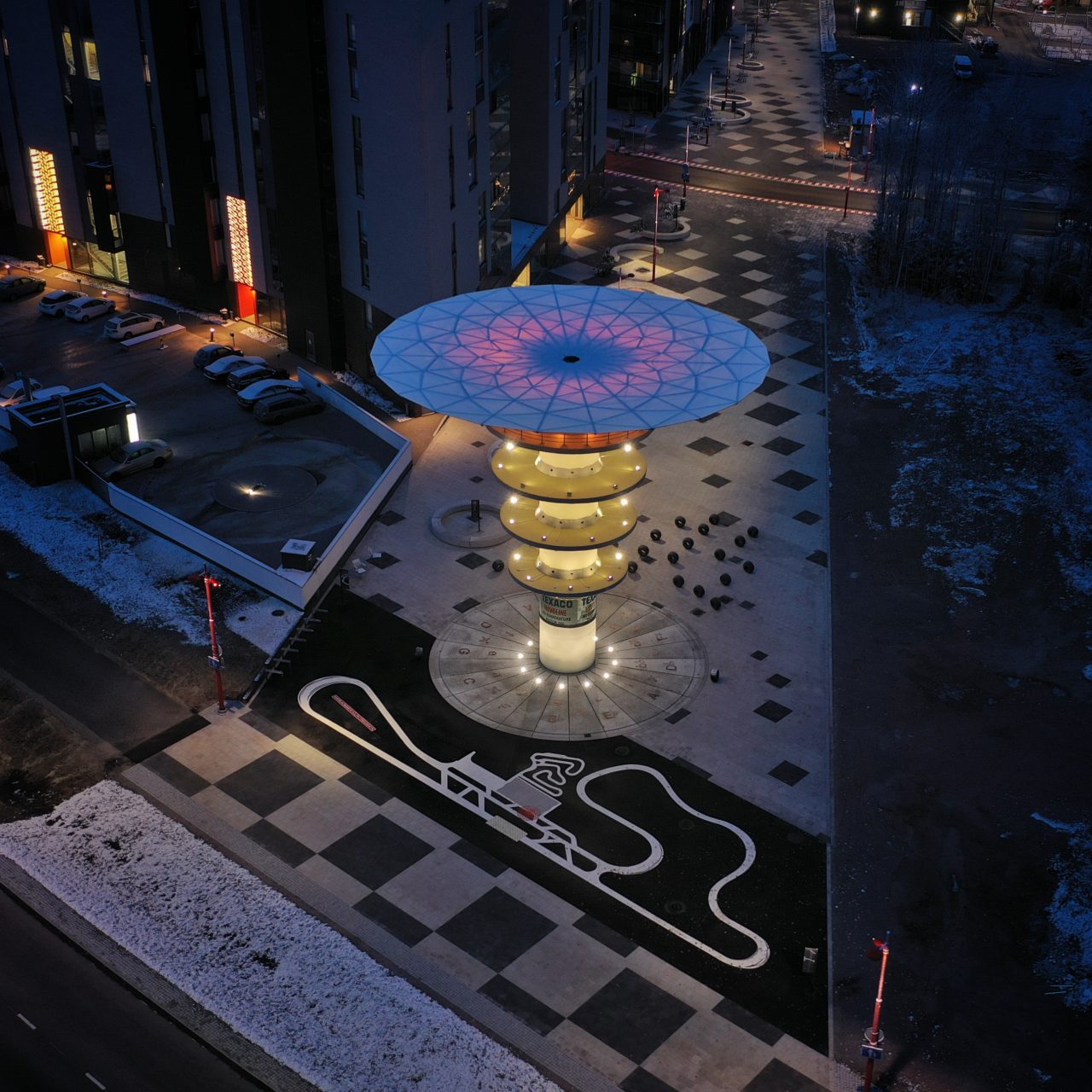 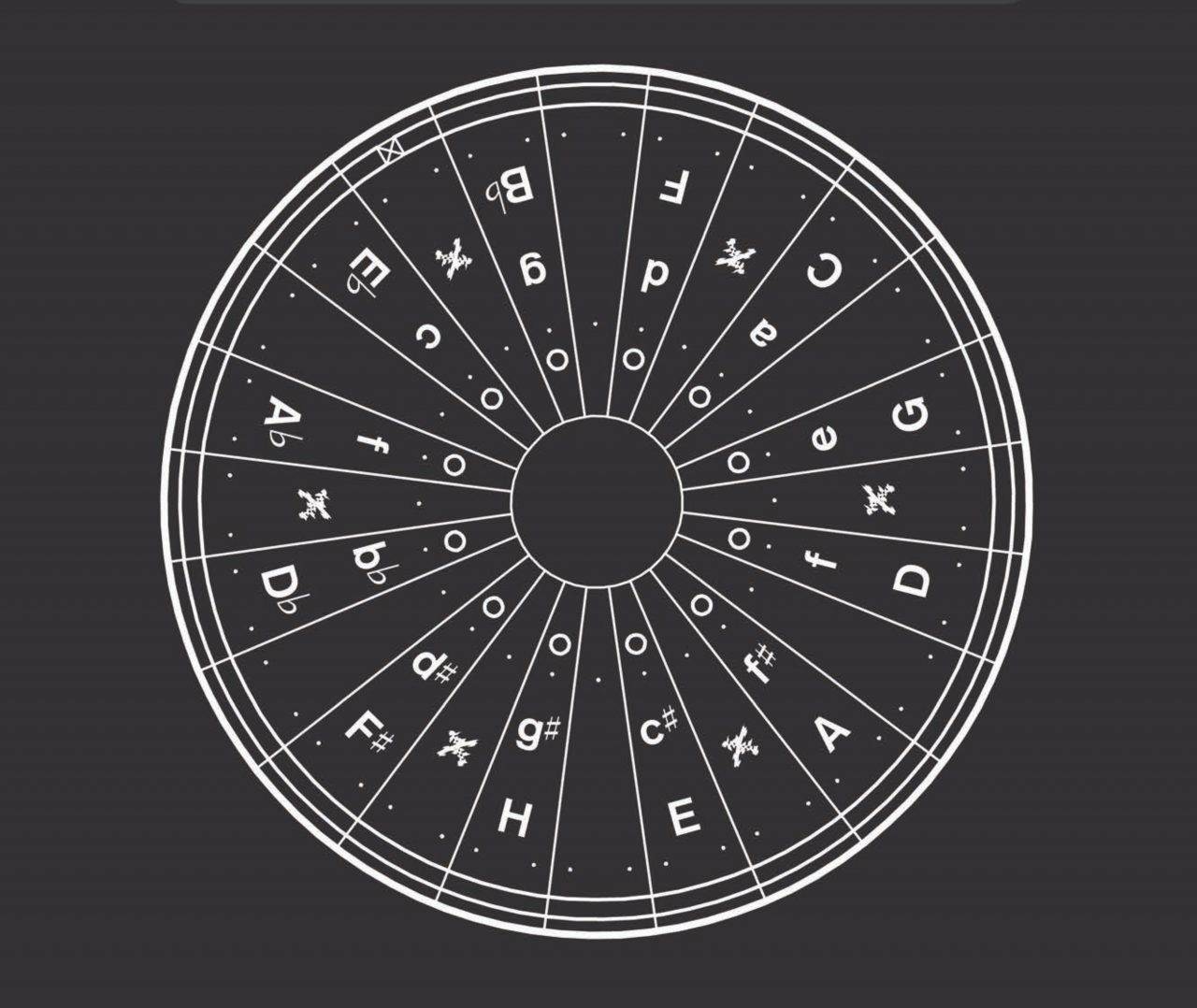